I apologize for not posting in forever, but I have been so busy with this project I never had time to update you guys. Here's what's coming this Sunday.

Official Trailer
Before you move on, watch this quick video highlighting the final release of Super Smash Clash.

Anyone else feeling pumped yet?

Five Characters
That's right! There's not just two like before, but five! 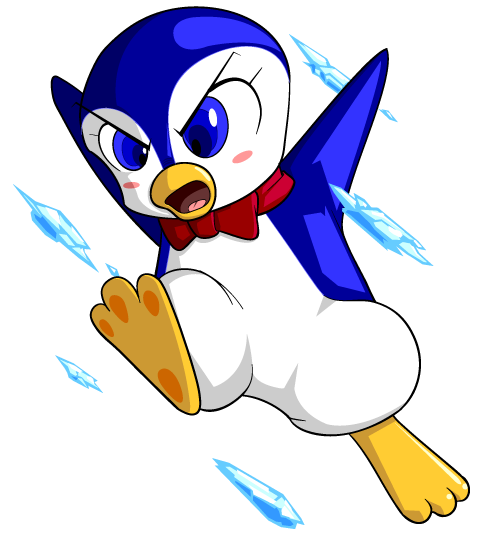 You start out with Flare (in the upper left corner), and work your way to unlock all five. Each of these characters are completely unique, so make sure you try all of them to find your favorite.

Classic Mode
The first game mode you have is classic. In this mode, you play through 9 levels trying to get the fastest time possible. There's easy, medium and hard mode (I wouldn't recommend hard mode without having tried the others first). You can submit your time to a leaderboard and compete for the top spot in the world. 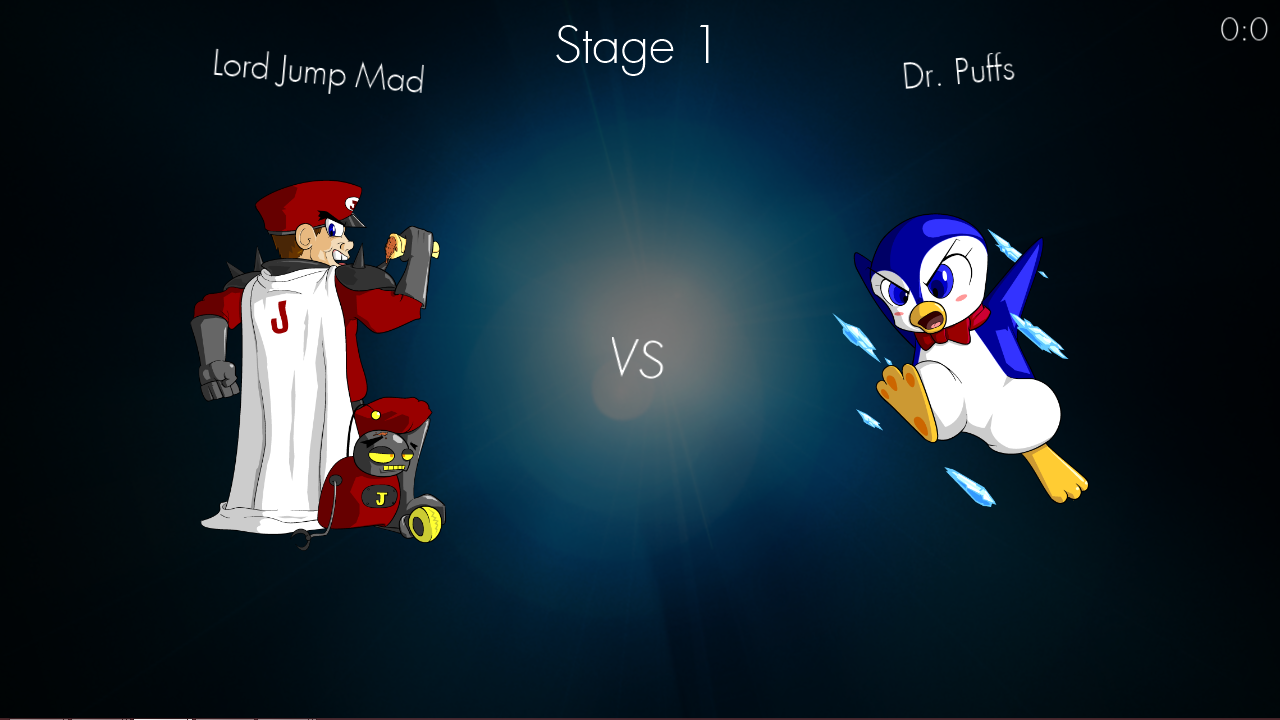 Event Match
Unlock this mode by beating level 2 in classic as Dr. Puffs (the penguin). There's 60 levels to play here, and some I wouldn't recommend for the fainthearted. Unlock 12 levels per character of varying difficulty. By doing well in these you can also unlock exclusive content such as stages, multiplayer, and more characters. 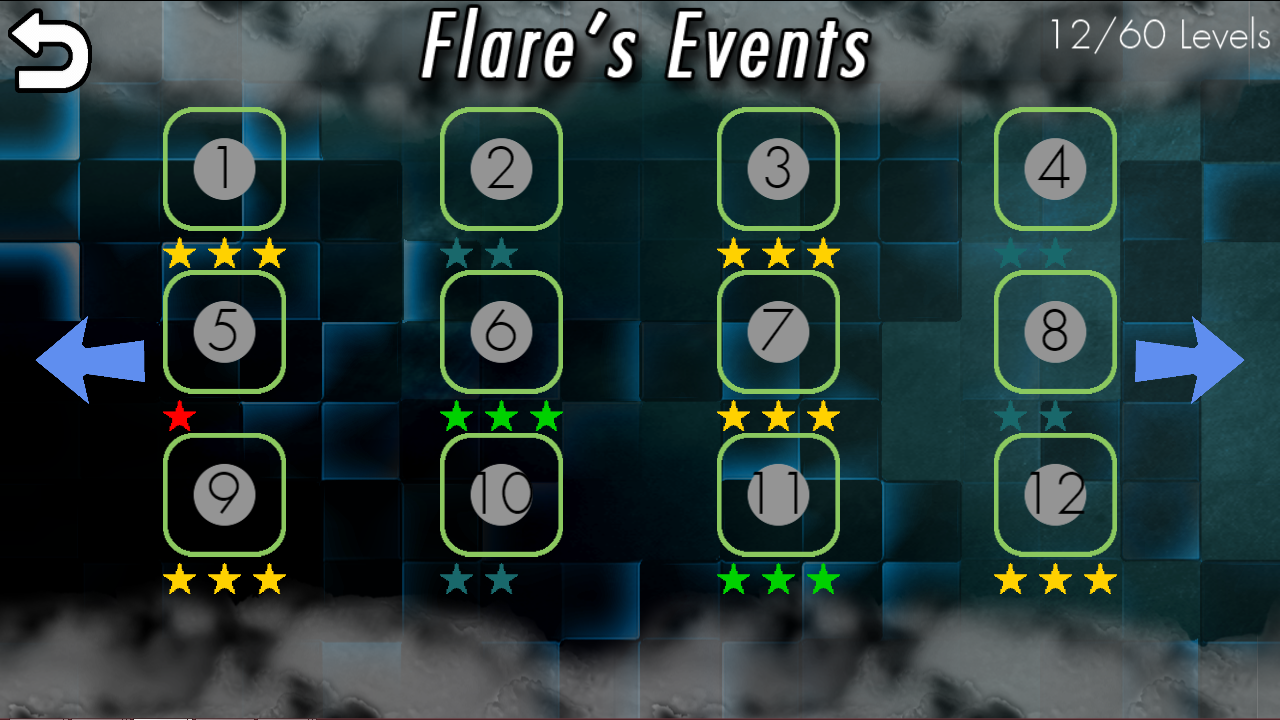 Free Play Mode
When you just want to have a good smashing time, go to free play. Unlock free play by beating any difficulty in classic. 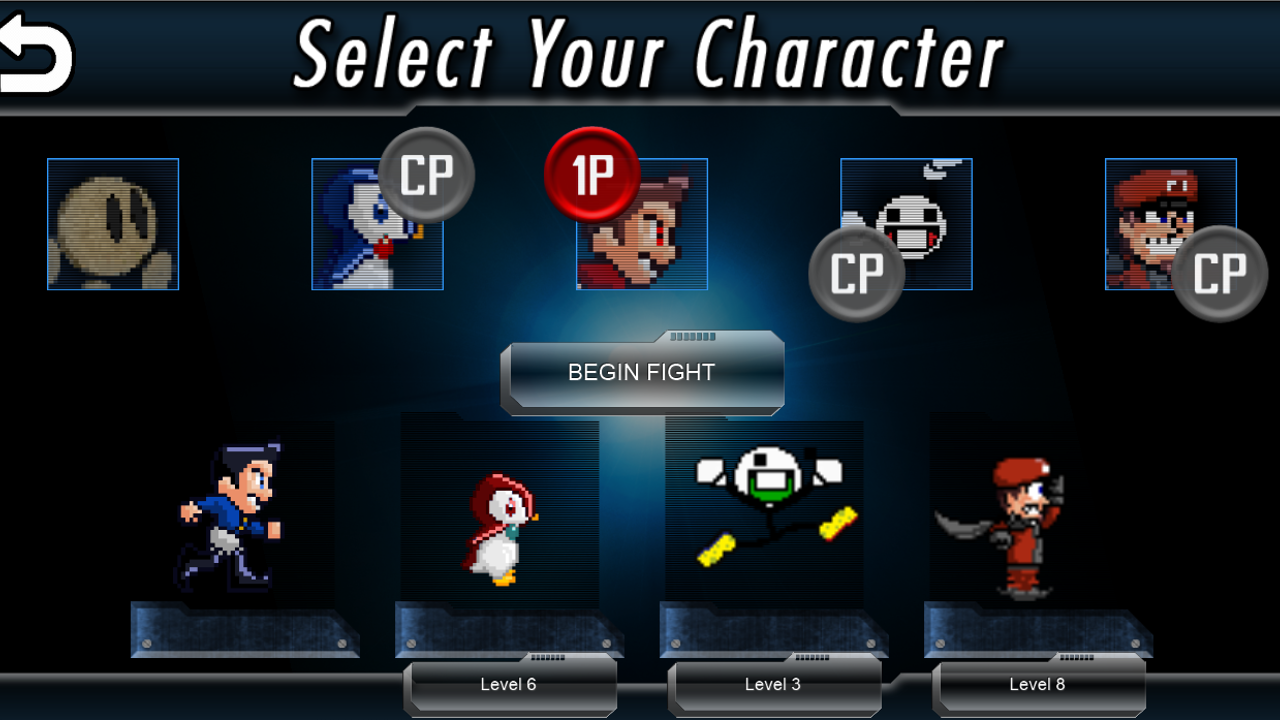 Multiplayer
That's right, multiplayer made it into the final release! You must be connected to the same WiFi network to play with your friend. Only 1v1 matches are supported and this is still experimental.

Moving Stages
The last stage you unlock is a scrolling stage. Beat all of Mr. Randoms' event match levels to unlock it. 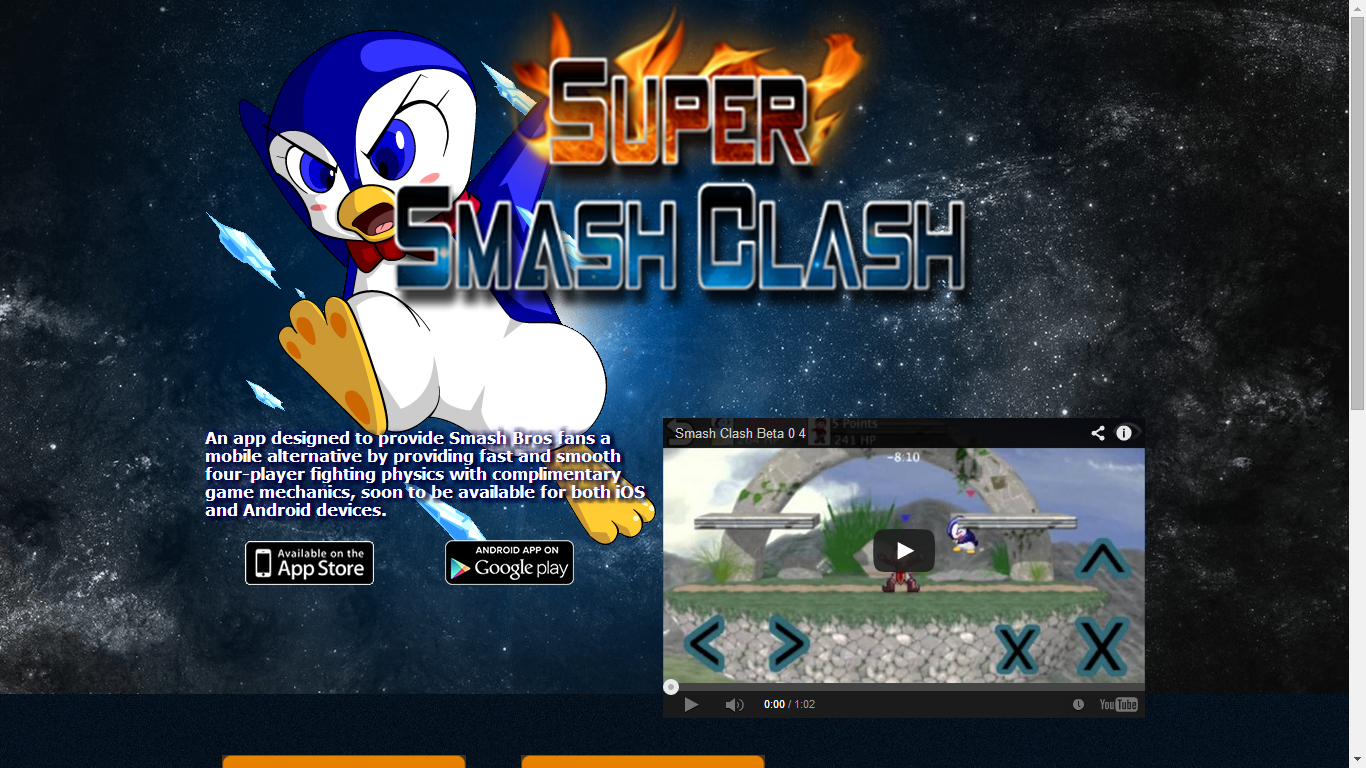 Those are all of the content updates. If you want to see a list of all the main technical updates...well here it is.
- Slow down walking animation
- Jump higher
- 3 new characters
- Drastically increased acceleration speed when the character starts running
- Characters won't be able to move/sliding while doing an attack
- Jumps be less floaty
- Make fighters have weight, ie whenever they run into each other, they should stop moving forward, or at least slow down
- Shorten Penguin's landing animation
- Attack boost item
- Missile
- Speed boost item
- Jump increase item
- Size increase/decrease item
- Fix the background when you select a character
- Animation for hanging looked glitchy
- Fade black area on dungeon stage
- A.I. sometimes get stuck at the side of the stage.
- Charging attacks in air causes you to float
- Fixing glitch where sometimes Mr. Puffs launches in the opposite direction from where he's facing when using his side special move (launches out like a rocket)
- Falling through stage glitch
- Fixing glitch where certain times the CPU will be stuck in a jump frame even when they are on the ground
- Improved multiplayer on the same device
- Allow to choose dpad or joystick
- Fixing how certain attacks feel "spammy"
- More game modes
- Longer timer
- Controller UI revamp
- Allows the player to assign the button position
- More stages
- Certain things are unlockable
- easy, medium, and hard classic mode
- different colors for characters
- new character select screen
- new stage select screen
- stats screen
- new font
- lefty mode
- sound controls
- sound effects for all characters
- music for all stages
- many glitch fixes
- things have to be unlocked
- several new menus screens
- connect to google play games service or GPGS